Life of an Office Worker

A Millenial Perspective on the Modern Workplace.

So, apparently Cube City life isn’t like they say it will be on TV.

Apparently, life isn’t like they say it will be on TV.

And I think I got gypped. #pleasesendhelp

I know what you’re thinking: “It’s your own fault for not realizing that Cube City would be nothing like The Office, you fool.”

To which I respond:

Fake it till you make it. It’s a real thing.

(If you’re still struggling to come up with a tangible example of something worse than a day in Cube City, please comment below with the name of the prescription anti-anxiety medication you’re taking so my doctor can consult me about its obvious benefits. Thanks. #fanlove).

And if your job has 0 things that make it even remotely appreciable, start searching Career Builder for something new. Because it’s obviously time for a change. And you owe it to yourself to not have a life you hate. Because as Michael Scott says, “An office is a place where dreams come true.” 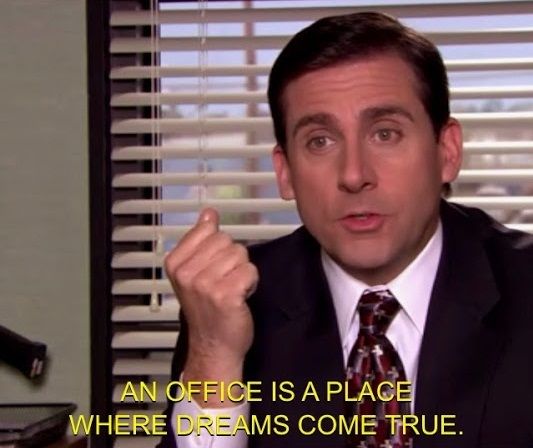 2 thoughts on ““An Office is a Place Where Dreams Come True.””